My first gig at 13 years old. Can’t remember too much other than the incredible volume and the smell of patchouli everywhere! There was a power cut halfway through Saxon’s set and Biff came back on stage once power had been restored promising next time to bring some ‘fookin generators’! 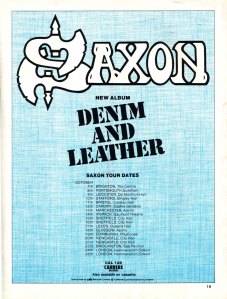